The Board of Education approved the selection of Dr. Richard Griffin as principal of West Caldwell High School following the retirement of Craig Styron. 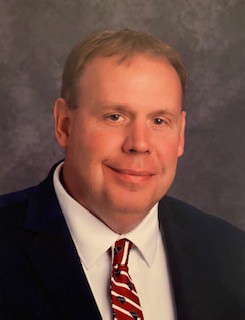 Griffin, a Columbia, SC native, is currently the principal at Kelly Mill Med Pro Middle School in his hometown. He has served as director of Exceptional Children and Federal Programs with Avery County Schools in North Carolina. An educator for more than 27 years, he has experience as an administrator and teacher in K-12 education and has worked 11 years as a high school principal. He holds a Doctor of Education degree in educational administration from the University of North Carolina Charlotte.

A former West Caldwell High School assistant principal, Jeff Mayo, has filled the vacancy as principal at Gateway School. Mayo is currently serving as a school coordinator at the Alexander Central High School Student Success Center. He began his career in education as a resource teacher and entered administration in 2012.

The following Caldwell County School administrators have been assigned to new administrative positions:

Ryan Cooper, principal at Dudley Shoals Elementary since 2019, has been assigned as principal at William Lenoir Middle School, where he served as assistant principal from 2016 to 2018.

Monica Martin, assistant principal and then principal at Gamewell Middle School since 2015, will be the principal at Hudson Elementary School.

Lisa Vaughn, principal at William Lenoir Middle School for 12 years, has been selected as the new Literacy Specialist for the school district.

With these recent announcements, there are two principal vacancies. The principal positions at Dudley Shoals Elementary and Gamewell Middle School are open until filled.